The name Eriospermum 'albertii' is  temporarily used until a proper description is done, or is found in archives.

Originally discovered by Gerhard Marx this Eriospermum is found west of Prince Albert. The leaves resemble Eriospermum capense to some degree but are distinctly greyish-green as compared to green of the latter. I have not found any reference to this plant in the thesis of Pauline Perry, but could  have missed it due to the large amount of data there. 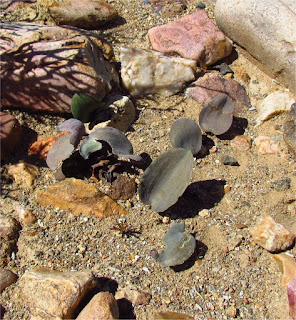 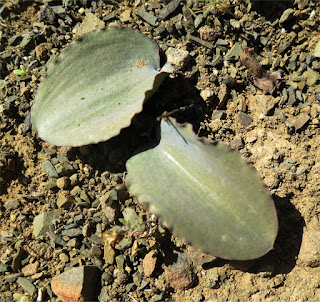 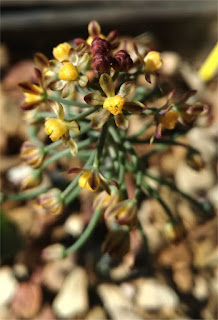 The peduncle is distinctly succulent and by estimate only around 10 cm high. The yellow to maroon flowers are surprisingly attractive.
Posted by Karoo Hoodia