If you want to see an image properly please middle click on it then it will display in a new tab.Labels are at the bottom of the post in yellow. Click on them for some more useful information.
Click here for HAWORTHIA AND SUCCULENT AUCTION

Although not officially described I apply the name to this rather small and interesting Haworthia from Wynandsrivier, between Oudtshoorn and Calitzdorp. It is related to Haworthia truncata. 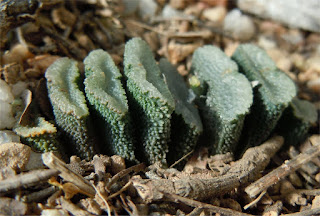 Haworthia neopapillaris is somewhat similar to Haworthia papillaris (Breuer) from Dysselsdorp, but is generally more strongly tubercled, about the same size or smaller, and occurs some 50 km to the west of the latter. No similar plants have been found in between these locations 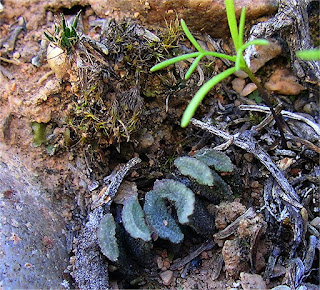 In the case of Haworthia papillaris a new species name was  applied by Ingo Breuer as the plants are distinct. Numerous different retuse Haworthia have been described based on their characteristics.
Similarly there is perhaps no good reason why all distichous Haworthia should be named "truncata"
. In fact there is considerable variation between a number of H truncata populations that may prompt further splitting if you like unique names for unique plants.

In this case Haworthia truncata var neopapillaris may be an option, but I prefer to avoid it due to the uncertainty that varieties have caused in the retuse group. 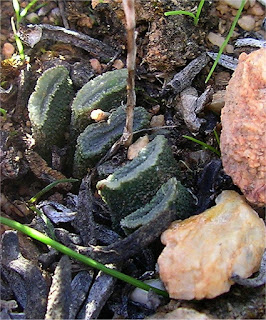 Only a few seed grown plants will be made available on Plant auction from time to time.