The differences between the two forms are not massive and they are easy to tell apart.

Note: Literature states that Gonialoe variegata can have a branched peduncle. I do not know if this occurs in plants of South Africa. The old Aloe book from Reynolds also shows a Gonialoe ausana that has an unbranced peduncle. So perhaps the above analysis does not carry much weight if  the whole  distribution area is taken into account. 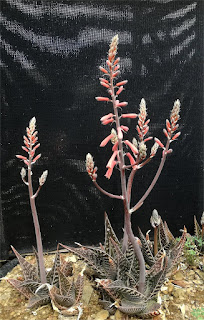 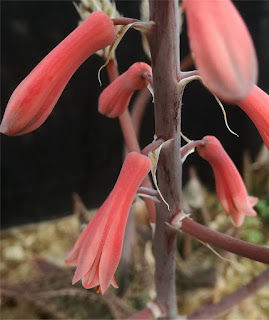 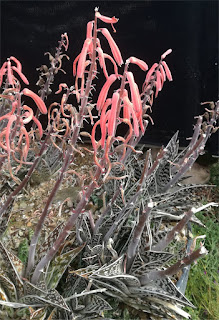